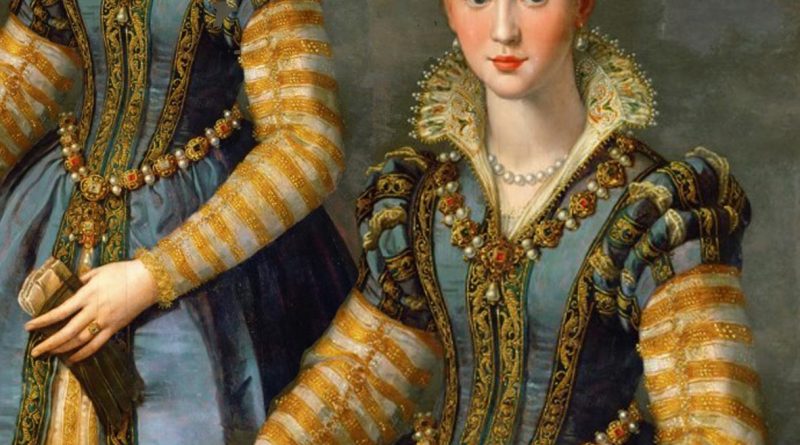 Jewelry from the Renaissance was both decorative and functional. In order to remember the series of prayers dedicated to the Virgin Mary, rosary beads were used as a memory aid. They were worn around the neck and waist when not in use. People who shun bodily adornment, such as very religious people, approved of rosary beads. It fell out of favour during the Reformation in Protestant countries, but remained popular among Catholics. The rosary bead was probably made in Brabant between 1510 and 1520 in the workshop of Adam Dirksz. In the interior of the case are tiny scenes depicting the life of St. Jerome, carved out of boxwood. In some cases, rosary beads came with a pendant that resembled a pomander.

Materials and techniques of the Renaissance

In creating gold and vermeil jewelry during the Renaissance, goldsmiths were innovative and skillful. A variety of techniques were used to create perfect works, including casting, chasing, hammering, and cold-joining, soldering, and welding. In addition to embossing, enameling, engraving and filigree decoration, more advanced techniques were used. Artists mastered these techniques, drawing on ancient traditions to create outstanding pieces for wealthy and noble clients. Lorenzo Ghiberti’s Porta del Paradiso, completed in 1452, exemplifies some of the incredible metalwork achieved by Renaissance goldsmiths. The late 14th century saw the start of the career of goldsmith Lorenzo Ghiberti, who was one of the most famous goldsmiths of the Renaissance. He was followed by Sandro Botticelli, Antonio Pollaiuolo, Luca Della Robbia and Andrea Del Verrocchio, all trained as fine goldsmiths. During the Renaissance, jewelers were able to obtain gold easily due to the discovery and appropriation of artifacts from the new world, as well as the use of goldmines in Peru and Mexico.

Pendant representing a reliquary with Virgin and Child. An amethyst, emerald, ruby, pearl, semiprecious stone, and niello ring in gold. A Walters Art Museum exhibition. A diamond ring with a table cut diamond. Art Museum Walters. Camera Lucretia Kunsthistorisches Museum. Many raw materials, jewels, and stones traveled to Europe during the Renaissance. It was common for gemstones and jewels to be faceted, rounded, table-cut, and even to be falsified. New types of stones emerged with the onset of trade. Table cuts (shown left in a ring with box cuts from Walters Art Museum) and cameo cuts (shown right) are the most famous. Due to the popularity of simple rectangular cuts, the stones were often set in gold frames by rubbing the edges of the box-shaped collets. As a result of how the stone was beaten around the gold, frames seen in surviving period jewelry are often uneven. In period jewelry, diamonds and rubies were found in India, lapis lazuli from Afghanistan, peridot from the Red Sea, emeralds from Columbia, iolite from Sri Lanka, turquoise (amazonite) and topaz from Brazil, among many others. During the Victorian era, beads were extremely popular. The first imitation pearls were introduced during the Renaissance along with real pearls. Italy’s lawmakers sentencing to severe punishments protected against these and other fake jewels.

Jewelry popular during the Renaissance

In that time, pendants were considered to be the most eminent pieces of jewelry. Instead of a brooch, pendants were worn with long gold chains attached to a dress or worn on a girdle. The pendants were carved to perfection on both the front and back, with miniatures depicting biblical scenes and monograms. In addition, they were designed to have initials engraved for lovers. The ring has right hands clasped around it. Museum Walters. All five fingers and sometimes each joint of a finger were ringed by women. Rings were ornately decorated and some even had hidden spaces that contained scented materials. Men wore their engagement rings around their necks, while brides received rings studded with a single gem, usually Ruby. As well as sundials and compasses, they were also used as clocks. Documents were often inscribed with seals or signature rings, and the bourgeois often wore them.

In Renaissance jewelry, a single massive set of colored gemstones is inlaid on an intricate gold setting. These styles differed from more ancient Greek, Roman, and Byzantine jewelry in their prominent use of faceting, and from Georgian jewelry that used larger, more elaborate stones and had a less organic nature. The gold was the centerpiece of the jewelry, while the gems were accessories to the precious metal.